The last queen of Egypt, Cleopatra VII, is one of those characters who has such a fascination that she crosses the centuries.

Her charismatic figure has inspired hundreds of books, articles and films, being she one of the most well-known historical figures by the general public around the world.

From his love affairs with Julius Caesar and Marco Antonio, to his legendary death due to a bite in the chest of a snake, passing through fascinating legends around his figure such as the one that tells that he went to meet Julius Caesar hidden in a carpet or the bet he made with Marco Antonio to make the most expensive banquet in history.

However, very little is known of her children, especially after the defeat of Cleopatra and Mark Antony at the Battle of Actium and her subsequent death.

Cleopatra had four known children, one with Julius Caesar and three with the famous Mark Antony.

The first of them was the last monarch of Egypt before the annexation of this territory by the Romans and had an unfortunate destiny. The only daughter of Cleopatra, whose name she shared, was Queen of Mauritania. And the fate of the other two is lost, to a large extent, in the mists of History.

Caesarion, the last monarch of Egypt

It is generally stated that Cleopatra VII was the last queen of Egypt before her annexation by Rome. In many ways, she was, but this statement must be qualified. During a part of her government, Cleopatra reigned in conjunction with several of her brothers, although it is considered that she practically dominated the governmental tasks alone.

She also ruled with her eldest son as co-regent during the last years of her reign, until she died in 30 BC. Subsequently, Caesarion remained the last pharaoh of Egypt until his death, which occurred very shortly after that of his mother, when the Egyptian territory began to be under the direct control of Octavian.

This last pharaoh of Egypt had the name Ptolemy XV Philopator Caesar, but he is better known by the nickname Caesarion, which meant “little Caesar.”

Caesarion was the son of Cleopatra and Julius Caesar, and was born in 47 BC. Cleopatra very soon made the identity of her son’s father public, although Julius Caesar did not recognize him immediately and it is disputed whether he actually did so officially, although he allowed him to bear his name and was under his protection during the time that the little boy and Cleopatra were in Rome. As the only son of Julius Caesar, Cleopatra hoped that he would inherit some of the important political power held by her father.

However, the assassination of Julius Caesar in 44 BC. They made both return to Egypt, where Cleopatra named her son as her co-regent that same year, when he was just three. Her position as her co-regent was to ensure the inheritance of her mother’s territories in the future, as well as to train her to rule them later.

There is little information that tells us what Caesarion was like in later years, although we still have some references to his existence. The relationship between his mother and Marco Antonio, who was in full dispute with the other two members of the triumvirate that he composed with Octavio and Lépido.

During this political conflict, Marco Antonio signed with his lover and political ally Cleopatra the so-called Donations of Antioch and those of Alexandria, for which he distributed a good amount of land and titles under the control of Rome in the area of ​​Greece, Turkey, Syria and Armenia among the children of Cleopatra.

Despite the fact that he also gave the children that he had with her part of the aforementioned titles and territories, Cesarión was the maximum beneficiary of such distribution. With this political movement, Marco Antonio tried to consolidate the dominion of Rome over these territories, taking advantage of the Seleucid lineage of the Cleopatra family and the traditional claims that his dynasty had on them, as well as the rank of Caesarion as the son of Julius Caesar.

In fact, Marco Antonio tried to reinforce his position in his conflict against Octavio taking advantage of this last circumstance, since a good part of the latter’s power came from his condition as the nephew and only adopted son of Julius Caesar.

However, Caesarion never came to rule those territories. When the confrontation between Cleopatra and Marco Antonio with Octavio reached its climax, Cleopatra sent Caesarion far from the capitals of Egypt to protect him during her last confrontation, accompanied by an entourage of her choosing. The sources do not agree on the place where he was sent, although Plutarco indicates that Caesarion’s final destination would be India. In any case, he never got there. The death of his mother, which made him the lone pharaoh of Egypt, surprised him far from the main cities of this territory.

Octavian knew that this young man was a threat to him and shortly after the Battle of Actium, he began the search for him. According to Plutarch, Cesarion was convinced by one of the people who accompanied him, Rodón, to return to Alexandria and meet Octavian, since he had promised to return the kingdom of his mother to him and respect his life.

Although Plutarch’s records are not totally reliable, it does appear that Caesarion was either betrayed by the people who accompanied him and convinced to return to Alexandria or they were convinced, under false promises, to guide their young monarch into the presence of Octavian. .

Be that as it may, once back in Alexandria, most historians agree that Octavian had him assassinated and took full control of Egypt after his disappearance. He was seventeen years old and had only reigned alone for a few days after the death of his mother, practically in exile.

From her relationship with Marco Antonio, Cleopatra had three children. The two oldest children in this relationship were twins and were given the names Cleopatra Selene and Alejandro Helios.

Of Cleopatra Selene, who shared a name with her famous mother, not much is known, but she became a figure of capital importance in the years after the death of her parents. We will dedicate the following lines to her.

Cleopatra Selene and her twin were born in 40 BC. Despite being the first-born of this famous couple, little is known about her childhood, apart from having been born in Alexandria and raised there. According to the donations from Alexandria and Antioch to which we have referred before, Cleopatra Selene was given the territories of Cyrenaica and Libya, both in North Africa. However, she did not become the effective governor of these territories.

After the battle of Actium and the death of her parents, Octavian took control of Egypt and, also, the descendants of Cleopatra and Marco Antonio.

The children of this couple did not suffer the same fate as Caesarion, who was made to disappear by the winner.

However, they were sent to Rome by Octavian, becoming part of the victorious parade that received Octavian upon his arrival and being exhibited in it practically as war trophies, to the greater glory of the victor.

Subsequently, Octavio granted custody and custody of him to his sister Octavia, Marco Antonio’s former wife, and they grew up in his house, together with Iullus Antonius, son of Marco Antonio and his third wife, Fulvia. .

Approximately around the year 26 a. C., Octavio decreed the marriage of him with the king Juba II of Numidia. Juba had been raised in Rome by Julius Caesar and then Octavian since his original territory was converted into a Roman province.

Made an important ally of Rome and restored to his status as king, Juba was granted the region of Mauretania, where he moved with Cleopatra Selene.

Juba is considered to have been a very positive ruler who led Mauretania to a time of great splendor, being interested in the arts, commerce and sciences. It is also known that Cleopatra Selene had an important weight in her government and acted as a prominent adviser to her husband, to whom she gave two children.

The exact date of her death is unknown and the imposing mausoleum in which she was buried with her husband, Juba, can still be seen in present-day Algeria.

Her son Ptolemy inherited Mauretania and was a close collaborator of Rome, but ended up being assassinated by the Emperor Caligula and Mauretania ended up under the total control of the already Roman Empire.

Of the other two children of Cleopatra and Mark Antony, little is known. Alexander Helios, the twin of Cleopatra Selene, was born around 40 BC. C. and his little brother, Ptolomeo Filadelfo, towards the year 36 before Christ.

Both received territories in the aforementioned agreements of Antioch and Alexandria, for which reason they are sometimes granted the title of kings in historiography, although they never came to govern the territories that had been granted to them in those agreements. Alexander was supposedly going to be the king of the area of ​​Armenia, Media and Parthia, although in those territories there were already other rulers, and Ptolemy was awarded Syria, Cilicia and Phenicia.

As in the case of his siblings, the death of his parents and Octavio’s victory forever changed his destinies.

As in the case of her sister Cleopatra Selene, they were taken to Rome and, after being paraded as trophies of war, they were placed in Octavia’s care. However, the track of both is lost from there, without us knowing what their final destination was. There are no records of what happened to them afterward.

Some authors defend that they were assassinated; others speculate that they died of natural causes, and a third group indicates that they were able to accompany her sister Cleopatra to Mauretania after her wedding, then lost in the mists of history. But, in this regard, the truth is that it is not known what was the fate of the two youngest children of Marco Antonio and the mythical Cleopatra.

It may interest you:

The illegitimate children of Ferdinand the Catholic 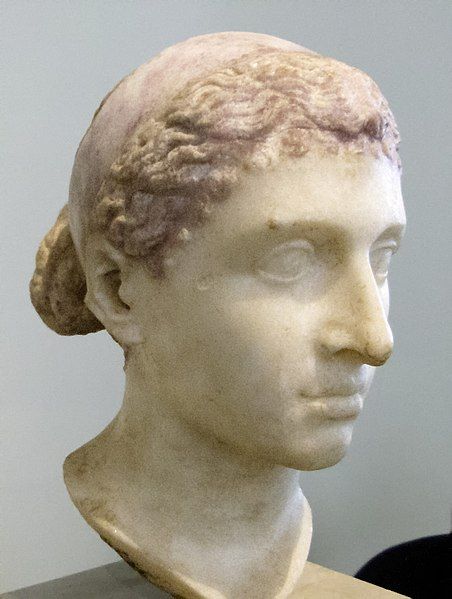 History
Posted on 16 February, 202113 March, 2021
Contents1 What you need to pass an exam if they ask you about the causes that motivated the so-called EUROPEAN IMPERIALISM.2 The 5 causes...

History
Posted on 11 February, 2020
Contents1 The pirate flag representing death2 The hidden flag3 A curiosity about the use of the pirate flag today In this article we will...
Go to mobile version