Although the idea that the marriage of the Catholic Monarchs was a love match is widely extended, it is a fact that their union was motivated by political reasons.

The then princess Isabel, imbued in noble struggles to be recognized as the legitimate heir of Enrique IV to the detriment of Princess Juana, needed the international support that the Crown of Aragon could offer her, while Juan II of Aragon, Ferdinand’s father and one of the great defenders of this union, wanted to unite the territories of Castile to his dynasty.

Isabel and Fernando (the ‘infidel’): the Catholic Monarchs

Although the marriage was a great success in many areas, their personal relationship was enormously stormy, for both political and sentimental reasons. 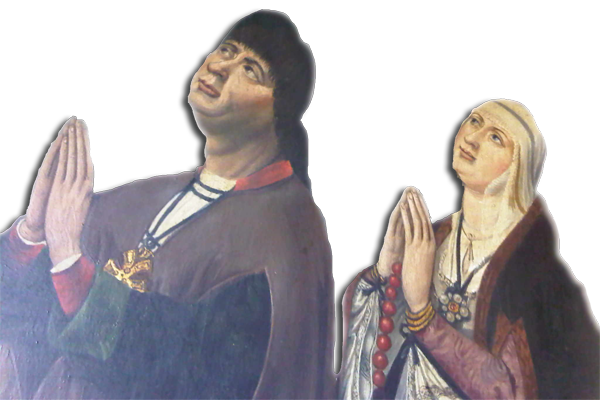 frequent infidelities, which on many occasions resulted in the birth of various bastard children.

The monarch took charge of several of these descendants, which he legitimized before the wrath of Isabel, who saw her humiliation as a wife made public with the recognition of the existence of these royal bastards, some of whom came to play very important positions within the his father’s kingdom. Almost all of Fernando’s bastard children were linked, from a very early age, to the Church.

Within the ideology of Spain at the time, the birth of a child out of wedlock was considered a living sample of the sin committed by the parents, who many times sought to redeem themselves by giving that son or daughter “from sin” to an ecclesiastical life. , which also allowed them to maintain an honorable way of life and reach very high levels of power.

However, this rule was not uniform and, on occasions, especially when the mother was also of noble origin, such descendants could live a secular life, generally enjoying some noble titles and marrying powerful elements of their father’s kingdom, who it would allow them to enjoy great importance in the political field as children of the monarch.

Four are the illegitimate children of Ferdinand II of Aragon

Four illegitimate children of whom we have news, although it is possible that he had more, whose identities have not reached us. The ones we know about are the following:

(1470-1520): he was the first natural son of Ferdinand the Catholic and, without a doubt, the most important of all those he would later have. Born shortly after his marriage to Isabel, his mother was Aldonza Ruiz de Ivorra, a Catalan noblewoman who would later marry Francisco Galcerán Castro y de Pinós, VII count of Ebol and Canet.

Although it is usually argued that Fernando’s relationship with Aldonza predated their marriage, the date of the birth of their first child in common contradicts this point, since in 1470 those who would become the Catholic Monarchs were already married and that same year he would be born. also his first daughter, Princess Elizabeth.

Fernando always protected and cared for Alfonso, who was one of his most beloved children. Linked from an early age to the ecclesiastical estates of the Crown of Aragon, which had traditionally been dominated by characters of the royal family, he became Archbishop of Zaragoza, but stood out for the political importance he had with his father, of whom he was a collaborator very close and, on many occasions, also a political advisor.

Fernando’s frequent absences from the different territories of the Crown of Aragon made necessary the constant presence in those kingdoms of a person of royal blood of his full confidence, who could act on his behalf, put his designs into practice and control the different noble factions in his absence.

Alfonso played this role with great success and his political importance increased enormously with the passage of time, especially after the death of the monarch’s only legitimate male child, Don Juan, in 1497.

It should be remembered that the succession laws of Aragon at that time vetoed the access of women to the throne, although they were allowed to transmit their rights to their male descendants. Likewise, there was an important faction within the Aragonese nobility that opposed a permanent union with Castile and that saw in Alfonso, raised in Aragon and trained in the politics and customs of the kingdom, an ideal candidate to succeed Fernando at the time. of his death.

Although Ferdinand the Catholic did not support his son’s candidacy to the throne, defending the rights of his daughters to his throne and finally getting them recognized as his successors in their territories, he did not stop trusting his son for government tasks. of the utmost importance.

In 1507 he was appointed by his father as general lieutenant of the kingdom of Naples after the conflicts that had faced him with Gonzalo Fernández de Córdoba, the famous “Great Captain” and also commanded the troops that led to the conquest of the kingdom of Navarre in 1512 .

Finally, in his will, Fernando gave him the last sign of his confidence: he named him Lieutenant of the Kingdom of Aragon and ruler of all the territories of his Crown, with the mandate to govern them and protect the rights that his daughter Juana had to his succession. and his grandson, Carlos, until the latter’s arrival on the peninsula.

Alfonso had the support of a large part of the Aragonese nobility, who preferred a king who had been raised and educated in his customs, so that Alfonso would enjoy important opportunities to fight for the throne of the father of he.

But Alfonso fulfilled the mission entrusted to him by his father, keeping the Aragonese Crown under his control, until 1518, when the young Carlos went on to swear the privileges of the different kingdoms of the Crown of Aragon as the new king.

Carlos would reward his uncle’s fidelity by appointing him viceroy in his absence until his death in 1520, leaving his post as archbishop of Zaragoza to the eldest of the seven children he had with Ana de Gurrea, whom he could never marry due to his ecclesiastical condition. , but with whom he had a well-known relationship for more than twenty years.

Juana was also born from the union of Fernando with Aldonza, thus being the sister of Alfonso’s father and mother. Contrary to what used to be common for women born from illegitimate marriages at that time, Juana was not committed to a convent from her earliest childhood, but rather she was raised with her mother’s family.

When he reached adulthood, his marriage to the powerful Constable of Castilla Bernardino Fernández de Velasco y Mendoza served his father to ensure the fidelity of this family to his cause during his confrontation with Felipe “el Hermoso” and during the dangerous period of his regency in Castile on behalf of his daughter Juana until his death.

Apart from this, we only know of her that she had a daughter, Juliana, born in 1509, but the date of her death is unknown.

This name is known to the two daughters of Fernando el Católico, who also had during his marriage with Isabel, who shared the same name and who were interned in the convent of Nuestra Señora de Gracia el Real in the town of Madrigal de las Altas Torres, where they were religious all their lives.

Unlike their brothers, they did not know until their adulthood that they were daughters of the king, although he took care of their maintenance and assuring them a high standard of living,

Likewise, both had close contact with their nephew Carlos, who went to visit them and with whom he maintained an outstanding correspondence.

The confidence he had in them led Carlos to leave Juana, one of his illegitimate daughters, who died in infancy, under his tutelage and to provide the convent with important perks, such as the transfer of the nearby palace of Juan II where he was born, precisely, Isabel la Católica, for your use and enjoyment. 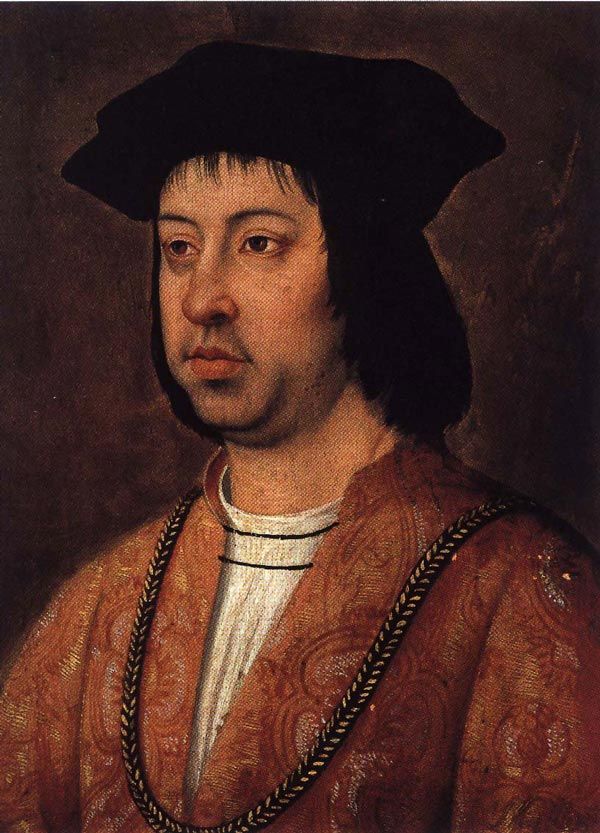 History
Posted on 18 February, 202018 February, 2020
When the father and the uncle undertook the first to travel through unknown lands, (as you can read in the biography of Marco Polo),...

History
Posted on 11 February, 20206 December, 2021
Contents1 Napoleon, his life2 Fakes of famous penises3 Rasputin’s penis3.0.1 You will be interested in:3.1 Napoleon crossing the Alps Napoleón: buried in six concentric coffins...