When did Phillip II reign?

King Philip II considered himself a traditional man . He loved music and art. He had a wonderful collection of masterpieces in the Escorial, his palace on the outskirts of Madrid (which is said to have been built there because it was the entrance to hell).

Phillip II was a cultured man who read widely and had great knowledge in subjects such as History and Politics , although poor in languages. He was passionate about collecting rare books and works of art. He was a deeply religious man; the Escorial was a monastery.

Although the Escorial is considered the King’s palace , its rooms were Spartan and contained little furniture. It would have surprised visitors who expected to see the palace of the richest man in Europe.

How many times did you get married or married?

What was the great failure of King Philip II?

Perhaps Phillip’s great failure was himself ; he distrusted his own judgment and relied on the advice of others. However, he frequently distrusted the advice of his advisers, so any decisions he had to make took too long.

Why did Phillip distrust his own instincts and the advice of others? Many believe that he had a chronic lack of self-confidence.

How was he nicknamed?

Philip II of Austria (or Habsburg) has been called El Prudente

What territories did Phillip II add to those he had inherited?

After the abdication of Carlos I in 1556, Phillip inherited a great kingdom that was joined by Portugal and its Afro-Asian empire in 1580. With Phillip II (1556-1598), Spanish hegemony reached its apogee.

He was the most powerful monarch on earth at that time, in whose domains the Sun never set.

It did not add new territories, although by inheritance it receives: Naples and Sicily from 1554 and Portugal and the Algarves, from 1580. The dynastic union with Portugal, came to extend for sixty years.

How and where did Philip II die?

History says that Phillip II had delicate health . Above all, in the last ten years of his existence he suffered from gout, which left him prostrate. This disease made him lose the mobility of his right hand, which made it impossible for him to sign documents.

His situation in the last days of his life was quite tragic. He was even forbidden to take communion for fear that he might choke to death by swallowing it.

Phillip II died in the early hours of Sunday, September 13, 1598, at the stroke of five in the morning. He had been in agony for more than fifty days. He was 71 years old.

The death of Phillip II was an accumulation of circumstances of the numerous diseases that he suffered : hydrops, gout that we have already mentioned, osteoarthritis, fevers…

Where is he buried?

He is buried in the Escorial Monastery.

You will want to read:

Philip II, the tormented end of the King 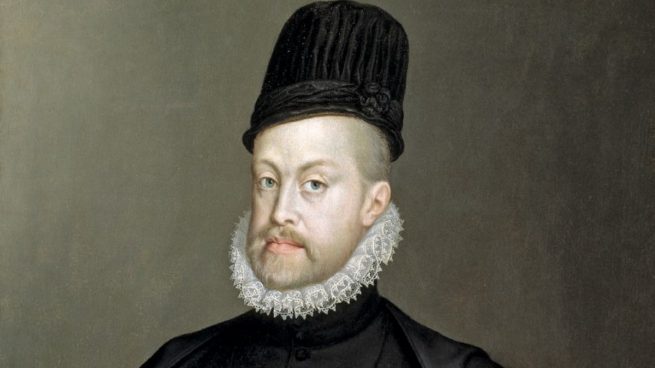 Article Name
Phillip II: Fundamental questions
Description
Philip II: What territories did Philip II add to those he had inherited? How has he been nicknamed? How and where did Philip II die? What was the great failure of King Philip II?
Author
Jose Carlos Bermejo
Publisher Name
Actually Notes Magazine
Publisher Logo

History
Posted on 8 May, 202221 May, 2022
Contents1 Gin in the British colonies2 Johann Jakob Schweppe2.1 The version of this post in【SPANISH】🍸 Historia del famoso GIN TONIC The history of the...