King Philip II (1527-1598) is one of the best-known monarchs of our past. If we were to ask about him on the street, it would be rare for the person to whom, at least, his name did not ring a bell.

Most of them would identify him with the best-known events of his reign, such as the battle of San Quintín, Lepanto or the failure of the Armada, as well as the construction of the Monastery of San Lorenzo el Real de El Escorial . However, few will be able to say something about the last years of the monarch’s reign, who died at the dawn of the 17th century.

Philip II died on September 13, 1598, at the age of 71 . This was a very long age for a time when life expectancy at birth was around 40 years once childhood was over.

Philip II died at the age of 71, a very long age for a time when hope was around 40 years old. He survived his four wives, seven children and the vast majority of his collaborators

To this we must add the fact that the medical knowledge of the time was still very rudimentary and, in general, based on erroneous theories, which meant that any ailment or disease that could now be resolved with a simple medicine, then put a person at certain risk of death.

By way of comparison, we can say that Philip II’s father, Carlos V , died at the age of fifty-eight.

His son, Philip III , did so at forty-two, and his grandson, Philip IV, at 60, so Philip II lived more than a decade longer than his most direct ancestors and descendants.

Therefore, compared to what people used to live at the time, Philip II lived an unusually long life.

This also meant that the diseases, ailments and problems associated with the passage of time had taken a great toll on his body by the year 1598.

In the last years of his life he suffered from arthritis, intermittent fevers, stomach and bladder problems; and different respiratory problems

For much of his life, Philip II suffered from painful gout attacks that had greatly impaired his mobility and forced him to be transported in a litter or in a chair specially designed to relieve the monarch’s pain.

But in the last years of his life he also suffered from arthritis, intermittent fevers, stomach and bladder problems, and different respiratory problems that undermined his already poor health.

With no real means to lessen the effects of such ailments, Philip II constantly experienced all kinds of pain and was often immobilized or unable to move from his bed.

The fluctuations in his health became so great that foreign dignitaries sometimes announced his death, even nearly a decade before it occurred.

A terrible agony for the king of half the world. Causes of his death

These general health problems that we have mentioned above were exacerbated at the end of the year 1597. His reduced mobility caused him other added problems, such as the appearance of painful ulcers, chafing and wounds, as well as infections and suppurations related to his difficult healing.

Not only did his lack of mobility harm his wounds, but the lack of cleanliness, the plasters and the methods prescribed by doctors (such as purging or bloodletting) did nothing to improve the king’s physical condition. The monarch asked to be transferred to his palace in El Escorial, still under construction, and from then on, his health would go from bad to worse.

During the summer of 1598, the chroniclers, especially Fray Antonio de Sigüenza, reveal how the king experienced more and more health problems. He was suffering from major digestive problems, which prevented him from digesting food and caused constant incontinence and diarrhea.

He almost completely lost his mobility, forcing him to be completely bedridden and dependent on others for almost everything. Likewise, he suffered from constant fevers that clouded his judgment and prevented him from thinking clearly. But it was above all the pain caused by his sores and wounds that made the last months of Philip II‘s life a real martyrdom.

The chroniclers tell us how the bad smell and pestilence filled the king’s room during his last weeks of life. The smell was nauseating and the man at the center of it, immobilized by the pain and aftermath of his illness, was unable to run away from it.

At a time when frequent bathing was considered harmful to health and when basic hygiene rules were conspicuous by their absence , we can only imagine the state in which Philip II lived his last weeks of life , full of pustules and sores, his body hardly knew the water to try to heal them and covered by dirt and waste from his body.

Manuel Fernández Álvarez goes so far as to indicate in his biography of the monarch that just the rubbing of the sheets caused him tremendous agony and that a hole was made in his bed so that he could evacuate without moving and without having to constantly clean himself.

Such was the dirt that seized the king during those last days of his existence that the legend has spread that he died of a skin infection caused by the large number of lice that attacked his body because of the prevailing dirt.

And while the theory that various types of insects attacked the monarch during his last days cannot be ruled out, disease and infection had taken such a toll on the monarch’s body by then that it is impossible to attribute his death to such an event.

A “good death” for the king

The aforementioned Manuel Fernández Álvarez  indicates that, more than ten days before his death, his body already looks like that of a corpse devoured by worms.

While awaiting his death in terrible pain, Philip II prepared himself to die well by following the precepts that were then linked to a ” good death “.

The good death was a very common concept during the Modern Age . He was referring to that death that came to people in their bed , after having arranged their earthly affairs and having fulfilled all the Catholic rites that prepared the soul to enter the kingdom of heaven without sin.

In particular, it was especially important to have confessed and been absolved of all sins.

he had numerous relics brought, masses said constantly and the biographies of the saints read to him

The more the patient prepared for death and the more possibilities he had of facing his end in a conscious, prepared and calm way, the better his death was considered. Thus, the hagiographers of Philip II considered that Philip II was the paradigm of a good death, since he was conscious at all times during his agony and used his long suffering to prepare himself to enter the kingdom of heaven.

According to Fernando Martínez Gil in his work “ Death and society in the Spain of the Habsburgs ”, Philip II, after leaving his earthly affairs ready, had numerous relics brought , constantly say masses and have the biographies of the saints read to him.

The last words of Philip II

It was said that his last words were also for God and that, finally, tranquility came to him shortly before his death, which he accepted with great serenity, another symbol that he had achieved salvation.

That finally happened on September 13, 1598, in a room full of relics, images of saints and, also, one of the enigmatic paintings by Bosch , “The Table of Deadly Sins”.

In this way, the king of half the world passed away after spending a terrible agony, surrounded by dirt and bad smells and with the hope of entering the kingdom of Heaven after having left behind a Monarchy of which he had been leader for almost fifty years. 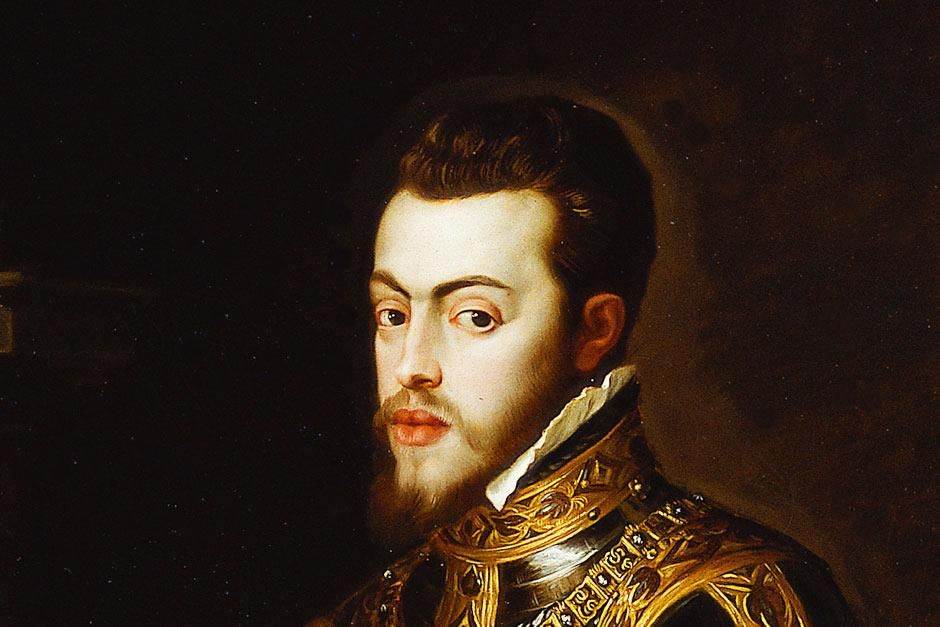 Article Name
Felipe II, the tormented end of the King
Description
Phillip II, his last days. The painful disease that brought KING PHILIP II to the end of him. The last words of the monarch before his death at the age of 71.
Author
Rocio Martinez
Publisher Name
Actually Notes Magazine
Publisher Logo