Princess Mary and the Duke of Suffolk, a 16th-century love story

The reign of Henry VIII of England has always been known for the excesses of love of the monarch and for his relationship, often tumultuous, with his six wives.

But less well known is the story of one of her sisters, Mary, who went down in posterity as the princess who defied her almighty brother to marry, against the monarch’s wishes, the man she had fallen in love with: Charles Brandon, Duke from Suffolk. 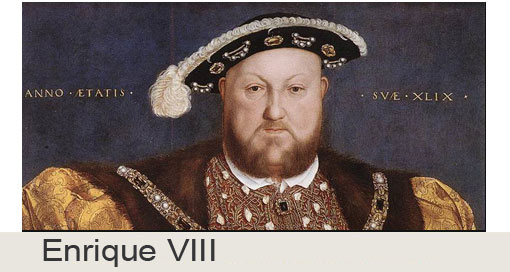 Princess  Maria  was born on March 18, 1496, being the last of the surviving daughters of the marriage formed by Henry VII and Elizabeth of York.

Henry VIII had a very intimate relationship with his youngest sister, Mary, who spent a long time with him and who would know Charles  Brandon , twelve years older than her, as a child.

It is very likely that Mary confided to her brother early on that she had fallen in love with his handsome friend, but Henry VIII had other plans for his sister, whose destiny, like that of virtually all princesses of the time, was to enter into marriages that were politically advantageous for his kingdom and his dynasty.

Thus, as part of the peace treaty signed between Henry VIII and France, the eighteen-year-old Mary was married to the fifty-two-year-old King Louis XII of France.

The marriage was short-lived; Three months after the wedding, Louis XII died without leaving any heirs, according to what was said at the time, for having enjoyed too much the “ honey of marriage ” with the young Mary, who was considered the most beautiful princess in Europe of the 20th century moment.
Henry VIII sent Charles Brandon with a retinue to France to collect her sister and bring her back to the English court.

It is rumored that  Henry VIII, knowing of Charles and Mary’s feelings for each other, made his friend promise not to court his sister before leaving, as he had other plans for her and  Brandon swore to it.

But he did not honor that promise, because when they met in France and given Maria’s certainty that she would be remarried for political interests as soon as the opportunity arose, they both married in secret before returning to English territory, helped by the new French king, Francis I.

That was a crime of high treason, since they had married without royal consent and the consequences for them could be dire.

When Henry VIII found out what had happened, he was furious at what he considered a betrayal by his great friend and his sister. The king’s advisers demanded that the marriage be annulled and that Charles Brandon be imprisoned or even executed for high treason against his king.

However, despite his anger, Enrique refused to condemn the couple in such a way, but he kept them away from the court for a long time, while forcing them to pay a substantial fine, as well as return all the jewelry, silver and the gifts that Mary had received when she married Louis XII.

Both members of the couple hastened to beg Henry for his forgiveness and Mary took the blame, saying that she had been the one who had forced  Suffolk  into the marriage behind her back, knowing that otherwise her husband would be the recipient. before the worst of his brother’s anger.

However, Enrique ‘s anger did not last long and both returned to enjoy his affection and favfanger

The couple remarried at Greenwich Palace in 1515, under the watchful eye of Henry and his wife, Catherine of Aragon, and over the next few years their relationship with the king and queen continued to be extremely close, to the point that Henry called Mary to her only surviving child, the future Queen  Mary I Tudor , in honor of her sister.

Both became one of the most popular couples at Henry’s court, participating in the most important events of the reign and Maria acted as first lady of the court when Catherine was pregnant or unwell.

The marriage had four children, Eleanor, Frances and two boys named Enrique, both of whom died soon. They raised together the two daughters that Charles had had from previous marriages, since his marriage to Maria had been his third marriage.

But his relationship with his brother began to deteriorate when he decided to divorce Catalina by any means possible, defending the rights of both his sister-in-law and his niece María against Enrique’s attacks.

Likewise, he greatly despised Anne Boleyn, his brother’s mistress, whom he had met during his stay in France and whom he hated with a passion. However, although Mary refused to accept Anne Boleyn, the couple and their family depended heavily on the king’s favour, and Charles  Brandon  remained at Henry’s side as his relationship with Anne progressed, being, for example, one of the in charge of  the coronation ceremony of the new queen.

Maria died in 1533, a few months after the wedding of Henry and Anne, while her husband was at court, when she was only thirty-eight years old. It is not known exactly what caused her death, although most historians indicate that it is possible that she suffered from some type of cancer.

The love story ended here. Charles Brandon married for the fourth time shortly after Mary’s death, to Catherine Willoughby, who had until then been the fiancée of his son Henry and who was only fourteen years old. She was a very rich, young and beautiful baroness and her marriage lasted until  Brandon ‘s death.

He died suddenly in 1545 and a sorrowful Henry VIII commissioned a grand funeral for him and ordered that he be buried in St George’s Chapel at Windsor Castle, where he too was to be buried. The fate of his family would remain united; one of his granddaughters, Lady Jane Grey, daughter of Frances, became the famous Queen of the Nine Days after the death of Edward VI, son of  Henry VIII, and was imprisoned and executed by Queen Mary for high treason. but that’s another story.

-To know more:
The story of  Princess Mary  and the  Duke of Suffolk  has attracted the attention of many scholars, although practically all the books dedicated to the figure are in English. Noteworthy are the books by María Perry  The Sisters of Henry VIII: The Tumultuous Lives of Margaret of Scotland and Mary of France  (which also includes the no less interesting story of Margaret Tudor, the sister of Henry and Mary) and the work of  WC Richardson, Mary Tudor: The White Queen . This story has also been made into movies and television several times. She appears in the famous series of  The Tudors, although on this occasion many licenses are taken regarding what really happened and, in fact, the character in the series is called Margaret (Margarita), like the other sister of  Henry VIII , and marries a king of Portugal and not of France, as it actually happened. Very interesting is the film that Disney made in 1953 in which this story was told, entitled  The Sword and the Rose , and starring Richard Todd and Glynis Johns. 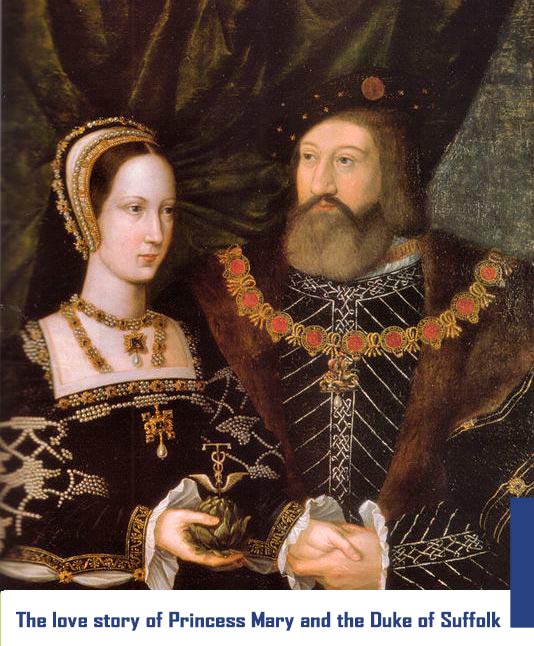 Article Name
The love story of Princess Mary and the Duke of Suffolk
Description
How was your love story? How did Mary Tudor die? Did she have children? Her family relationships. Mary marries Louis XII of France
Author
Rocío Martínez
Publisher Name
Actually Notes Magazine
Publisher Logo

History , Movies
Posted on 16 October, 2022
Contents1 “Emancipation” Trailer2 The Peter Gordon Story3 John and Bridget Lyons, slavers by Peter Gordon4 This image of Peter’s lacerated back became one of...

History
Posted on 11 February, 202023 November, 2020
Contents1 What is code B?2 How to decode the secret content of the Bible3 Some predictions fulfilled and others not4 A day before 9/115...
Go to mobile version