David Copperfield is a well-known illusionist and magician. He was born David Seth Kotkin on September 16, 1956 in Metuchen, New Jersey. He began practicing magic at a young age and made his first professional performance at the age of 12. He later changed his name to David Copperfield as a tribute to the Charles Dickens novel.

Copperfield has had a successful career in magic, performing in Las Vegas and on television specials. He has also been involved in various philanthropic endeavors, including founding the International Magic Experience, a museum and performance venue in Las Vegas. He is one of the most famous and commercially successful magicians in history.

David Copperfield is known for a wide variety of illusions and magic tricks throughout his career, some of his most famous include: 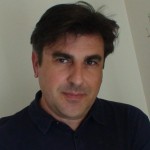