Now almost anyone can be described as  freak.

Within the  baleful  cathodic jarring images of poor visual landscape of any viewers, indeed, anyone can be a  geek ,  freak  or  frik . Freak, from English:  strange, extravagant, but the real freaks , as a concept is something that comes from the last century. Let’s go through its intrahistory…

Still not admitted as such in the dictionary of the RAE, but understandable for everyone.

The history of “freakism”, if that term is acceptable, starts directly from  Tod Browning’s film  entitled ” La Parada de los Monstruos ” in Spanish, ” Freak ” in its original version.

In 1932, a year after filming the acclaimed “Dracula” with  Bela Lugosi , Browning, perhaps prematurely anticipating modernity, directed this film whose action focuses on a circus, where a more than curious group of “different people” meets, Which show characteristics that deviate from «normal». Deformed, with physical defects, dwarfs, Siamese sisters, even the bearded woman.

The cinematographic proposal, contrary to the cliché that was normally presented in those years, the incipient beginnings of modern cinema, and in which the spectator waited seated in the cinema seat with a smile on his face ready for the “happy ending”, it presents us, we say, a story in which beauty hides, taking the viewer to the limit by questioning whether what he is contemplating is a drama or a horror film. 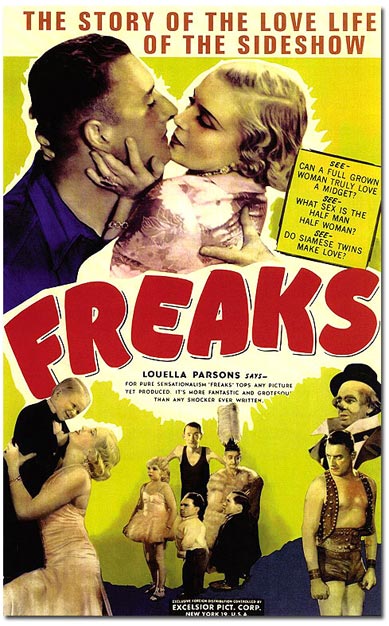 Something never seen until then, and less in that way presented, with such packaging. Anyway, friend, sit in front of the television, today, observe Jorge Jacinto, or whatever his name is, Nobody’s Islands … And analyze

The cinematic plot of the real freaks 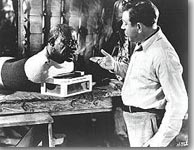 The story is simple:  Hans, a dwarf, is seduced by the acrobat, named Cleopatra. But Cleopatra has a lover:  Hercules , of course: the strongman from the circus.

In reality, the acrobat and Hercules try to take away Hans’s fortune, however the intervention of  the real freaks of the circus , friends of Hans, changes their plans and gives a turn to the cinematographic narrative.

The criticism was devastating . The film was described as ” abhorrent, obscene or grotesque “. The Kansas City Star newspaper, where Hemingway did more than his journalistic steps , for example, accused Browning of doing it with the sole objective of making money, when the reality was quite different since if the collection was around 165,000 dollars , the production had exceeded 300,000.

In the press the aversion produced by the film was constantly reproduced, which was translated into a social reaction that precipitated its censorship.

Browning, with a career truffled with successes, with more than forty films shot, unsurprisingly, took the worst part. He was even accused that the production of “Freaks” had required the intervention of a  weak mind , in addition to claiming that watching it required a “strong stomach.” 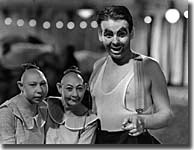 It is true that some scenes and the accumulation of shots in which the “monsters” appear, in addition to the  disturbing atmosphere and violence present , lead us to understand that in the 1930s, the film caused a sensation.

It is also true that Browning, or at least the marketing campaign that accompanied the film,  sought to impress audiences .

No special effects or makeup was needed, because the actors were real, absolutely authentic, as well as unknown.

During the preparation of the film,  the casting director toured circuses photographing those characters with  sufficient deformities or peculiarities so that later, when Browning contemplated them, he could select the most suitable ones.

A foreseeable scandal for Freaks, a cult film

If in the United States the scandal accompanied the film, the same would happen in Europe. What is clear is that “Freaks” has become, over the decades, a cult film and a reference for a good number of creators, directors, who have made their cinema, in many cases , admirable oddities.

The list would be endless, but they would undoubtedly highlight such relevant names as  David Lynch  or  Tim Burton . And all those directors who, for our enjoyment, look for dark sides of reality.

Some Curiosities about «Freaks»

Although the entire film is a curiosity in itself, including the life of its director, they highlight some events and events that we highlight below.

As for  Browning , it can be said that at a very young age, at the age of sixteen, he  began working in the circus world . In fact, it was there that they began to call him ” Tod “, which means ” fox ” or ” trickster “. Browning was a presenter, contortionist, also dedicating himself to magic.

At the end of filming, many meters of film were discarded . In fact, the first presumed drawbacks with criticism and censorship were detected in the preview, so the duration was cut from ninety to sixty-four minutes, also adding a kind of prologue and a more sweetened epilogue. The film has a harmonious beginning and ending.

The filming  also raised a lot of headaches for Tod Browning, it is even said that it was carried out with enough secrecy to  avoid accusations of the exploitation of people with defects , “unfortunate or monstrous”, something that should be seen normally in the world circus where they worked, but that it should not be so much transferred to the world of the Seventh Art.

From the discarded parts of the footage, a supposed ending stands out  , inadvertently in these lines revealing the end of the original version, we can say that after Cleopatra appeared, Hercules appears in the shot singing with a very fine voice, which implied that he had been castrated.

Perhaps because of the success in his professional career, because of his previous productions and because of the expectations created with the film, it is said that Browning had to face  salary demands  on the part of the actors who played the roles of “Freaks.” It is probable that they intuited, of course mistakenly, that this whole adventure was going to be a box office success.

Without being able to confirm this point with certainty, it is said that  “Freaks” is  currently censored in Finland . In England it was given the X rating in the 1960s. 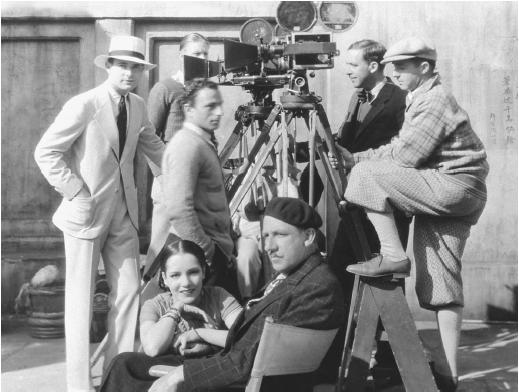 History , Movies
Posted on 16 October, 2022
Contents1 “Emancipation” Trailer2 The Peter Gordon Story3 John and Bridget Lyons, slavers by Peter Gordon4 This image of Peter’s lacerated back became one of...
Go to mobile version