We all dream. We do it, even when we are awake.

Real dreams, those that occur while we sleep, are considered the most subtle and profound way that exists to establish communication with ourselves.

When we sleep, in the moments in which we dream, we come into direct contact with our subconscious, with those complex pieces that make up part of the still unknown machinery of the brain.

Many researchers have concluded that the study of our dreams would lead us to know more about our real desires; to know how we can help ourselves with emotional blocks, phobias, misunderstandings, fears, etc. because the dream is a kind of graphic representation of that division between the conscious and the unconscious: between the world that we believe to be real and the world that navigates the mysterious side of our other self.

When dreaming, we turn the roles that are represented in everyday life: as if we were handed a key, capable of opening the doors to the unknown. Dreaming allows us to inquire about that mystery that is hidden from the eyes of understanding.

The dream in history

Dreams – and their mysteries – are another of the great issues that have accompanied man since the beginning of his days. It is enough to remember that, according to the Old Testament, God appeared through dreams to transmit his messages, to communicate his news and indicate his wishes. Jacob contemplated in his dreams the ladder that rose from the ground to heaven and that was used by the angels of the Lord, who, leaning on it, came to tell him: “The land on which you sleep, I will give it to you and your descendants. ”(Genesis).

Dreams and their interpretation have been the object of study and attention by all religions, apart from the fact that they have always been granted extraordinary credibility. For example, Muhammad used to start the day by asking his disciples about the dreams that had accompanied them during the night.

According to the legend, Muhammad shared with God, in dreams, ninety thousand words (the content of a short novel, a good many hours of conversation).

And also, according to legend, the birth of Siddhartha, better known by his enlightened name, Buddha, came into the world preceded by a symbolic dream. The Buddha’s mother, Mahamaya, just before giving birth, dreamed of a white elephant entering her womb.

Following this fact, the Brahmins examined Siddhartha and concluded that he would be their universal monarch. The mother died shortly after the little Buddha was born.

Many researchers have concluded that the study of our dreams would lead us to know more about our real desires; to know how we can help ourselves in the face of emotional blockages, phobias, misunderstandings, fears, etc. because the dream is a kind of graphic representation of that division between the conscious and the unconscious: between the world that we believe to be real and the world that navigates the mysterious side of our other self.

At the moment of sleep, we turn the roles that are represented in everyday life: as if we were handed a key, capable of opening the doors to the unknown. Dreaming allows us to inquire about that mystery that is hidden from the eyes of understanding.

“Dream Caused by the Flight of a Bee
Around a Pomegranate a Second Before Awakening”, Salvador Dalí (1944).

The world of dreams has been represented by the great artists of history. In the image, Dalí shows us the disturbing and psychoanalytic side of a dream.

A dream embodied by her wife (Gala), who is being threatened by a bee (the tigers) that wants to sting her (bayonet).

That everything is a dream is indicated by the elephant, used as its symbol and which bears an extraordinary resemblance to Bernini’s sculptural elephants.

Below the woman, the painting is represented with the real elements: a pomegranate and a bee, with which the difference between reality and dream is impressed within the artist’s dreamlike sensations.

The Interpretation of Dreams by the Chaldeans

The Chaldeans were a tribe that inhabited Babylon, present-day Iraq, always mentioned as a place where so many things began. The Chaldeans, dominated the territory along the Persian Gulf and, with their extensive power, forged much of the history of Asia.

It is not known if they were correct in their predictions, but the Chaldeans attached great importance to dreams, so much so that the development of some of those dreams was recorded in official documents.

Many military campaigns, in this way, depended on the interpretation of the dreams of the high leaders. Its power extended from the 9th to the 6th century BC. Without intention, they demonstrated that no empire is eternal, not even one that manages to decipher all the great dreams.

What dreams for the Egyptians

And, of course, they also thought that this disjointed dream world was sending messages from the gods.

In fact, the oldest surviving book on the subject was written by this civilization two thousand years before Christ.

It is not a book as such, but a rather extensive papyrus that is preserved today in the British Museum. The Egyptians believed in the theory of polarity, the theory that cold and heat or light and dark are actually the same thing, only to a different degree.

Due to this thought, the Egyptians believed that dreaming of death was synonymous with life lengthening. Or that, dreaming of darkness, a new dawn would arrive, which would mean the possibility of finding a solution, a way out of the problems.

A thought that, to this day, remains among dream interpreters.

All these eloquent details come to indicate that the interpretation of dreams has always been in the minds of human beings. Perhaps, the problem of antiquity, hopefully not of today, lay in the dreams that the rulers of each nation had.

Formerly, the superstition that threatened the rationality of things, and that connected directly with the world of dreams, could lead the emperor on duty, after a hectic night, to consider any type of action legitimate.

The dream of Alexander the Great

An example of this is found in the great Alexander the Great, who a little more than three hundred years before Christ had as his objective the siege of a city: Tyros. But all attempts ended with his defeat. At last, when he had almost given up, he had a dream.

One of Alexander the Great’s advisers who was a kind of sage and magician, Aristrando, advised him and helped him interpret his daydreams.

In the emperor’s dream, a satyr appeared, which in dream language – his interpreter told him – of him came to mean a play on words, Sa-Tyros, which means “Tyros is yours.” Alexander the Great, following Aristrando’s advice, returned to attack the city, conquering it.

Our senses tend to fade during sleep. It is thought that only the sense of sight is constantly present in our dreams. The ear, for example, only appears in forty percent of cases, while the presence of the rest (touch, taste and smell) only represents a minimal percentage. So we dream of sight.

The images that are usually represented in dreams are usually images related to emotions, at least they contain a high emotional degree. We dream at ninety minute intervals, whereas dreams only last five to twenty minutes. In newborns, sleep time is equal to fifty percent of the time they sleep, for older ones, only twenty-five.

The Americans, Eugene Aserinsky and Nathaniel Kleitman, in the fifties of the last century, carried out a series of studies that came to show that two different moments occur during sleep. One, called “synchronized sleep,” during which our blood pressure and heart rate are lower than usual. The other phase, the R.E.M. (Rapid Eyes Movement), also called “deep sleep”, is a phase that appears cyclically. This is the phase in which we dream, in addition to sleeping.

There is controversy when it comes to listing the functions of sleep.

It is almost evidence that “synchronized sleep” is a process that helps us to regenerate. Especially from continuous brain activity, as it facilitates the synthesis of macromolecules: proteins and acids. This from a physiological point of view, although what is hidden in the world of dreams, from other points of view, may not yet be discovered.

Mammals and reptiles, like us, have been proven to dream.

While they sleep, they enter both phases of sleep.

A study that was carried out on chimpanzees revealed that during the time they were asleep they seemed to see familiar images: although they were dreamed of.

But how do animals dream?

Chimpanzees were trained to flip a lever when viewing certain images on a monitor.

Well, the primates themselves, while they slept and at certain times, operated the lever, so the scientists interpreted it as a cause-effect of what they were seeing while they slept.

Apparently, neither fish nor amphibians get to enter into prolonged periods of sleep, even so, it does seem that they go through moments in which the attention falls on their closest environment.

And, even if they are stimulated, they take time to react.

Birds go into short lapses of sleep time, yet the creation of illusory images drawn into their brains doesn’t seem to stop. 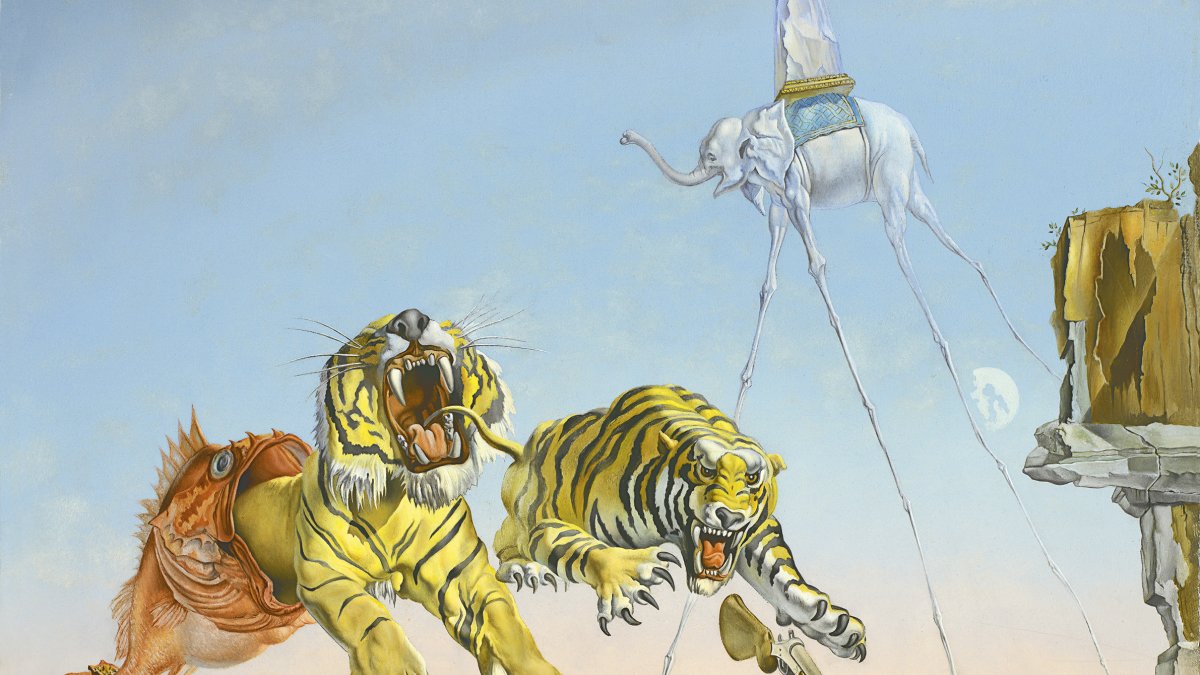 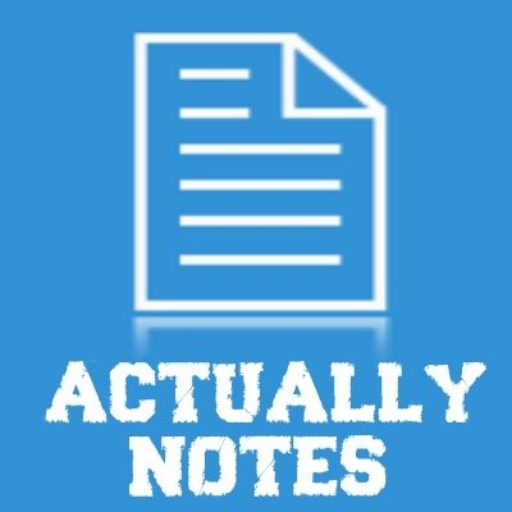 History
Posted on 30 December, 202021 April, 2021
Contents1 Bad luck for cats in the Middle Ages2 The inventor of the cat flap, the illustrious Isaac Newton3 The benefits of having a...

History
Posted on 14 November, 20216 December, 2021
Contents1 What were the powers of the dictator?2 Lucio Cornelio Sila, dictator without limits3 Napoleon Bonaparte: the first modern dictator? Today we think of...

History
Posted on 3 February, 20223 February, 2022
Contents1 When did Phillip II reign?2 What was Phillip II like?3 How many times did you get married or married?3.1 Philip II was married...
Go to mobile version