On October 23, 1940, Francisco Franco, at the time, his Excellency the Caudillo, and Adolf Hitler, the Führer, Chancellor of the Third Reich, are in Hendaye. The meeting has been arranged months ago, as we will see later, and the object of it would try to elucidate the entry or absence of Spain into World War II and the conditions of such participation in the event of the Axis victory. Much has been written about what happened in that meeting, although rarely all the facts have been thoroughly analyzed...

The best testimony of the encounter between Hitler and Franco

The best testimony that History has left about Hitler’s and Franco’s meeting in Hendaye was provided by the transcript made by the baron de las Torres, Luís Álvarez de Estrada y Luque, Spanish translator present at the meeting. This is where we get the most important data from this historic event.

But before the trip to Hendaye begins, where Hitler waits for Franco at three in the afternoon, there have been contacts between Spain and Germany. On September 17, Hitler sends a letter to Franco in which he takes for granted the entry of Spain into World War II.

That same month, before being appointed Foreign Minister, Serrano Suñer, he met with Ribbentrop and Hitler in Berlin. In that interview, the Spanish delegate puts on the table as a condition to enter the conflagration:

But Spain was still a neutral country, so it had been declared on June 12, 1940.

The Interview between Hitler and Franco…

With an hour late on schedule, the Spanish delegation arrives at Hendaye station. After the presentations, because hitherto neither Hitler nor Franco had met personally, they meet in the car-lounge of the führer, in a rectangular table that occupy in addition to the two presidents, the Minister of Foreign Business, Ribbentrop, Marshal Keitel, Serrano Suñer and the two interpreters, prohibiting the entry into the room of any other person.

After Hitler’s first good words to his interlocutor, recalling the “deed” carried out by Spain “against communism”, and reviewing all the events in the thirteen months that have elapsed since World War II, of which the Führer insists on saying that he did not wish, but that he has been “forced to accept with all the consequences”, he continues describing the excellent position in which Germany is in the conflict, adding phrases where it shows, with exaggeration, the superiority with the one that wanted to handle the meeting: “I am the owner of Europe and since I have two hundred divisions at my disposal, there is nothing more to obey.”

Blessed, Hitler claims that the fall of Britain is imminent, and that is where Spain can play an important role. Due to various circumstances, the führer thinks, and he says so, that Spain is presented with an opportunity that, perhaps, will never be presented again for its interests. Gibraltar, the Canary Islands and Morocco were those circumstances.

Regarding Gibraltar, Hitler refers to the homeland exaltation as it is the rock: “a piece of soil that is still in enemy hands.” A piece of land that is also “the most important point for navigation in the Mediterranean”. The idea of the führer was to close the passage of the Strait, with the control of both Gibraltar and Ceúta.

With regard to Morocco, Hitler makes an interesting historical walk through the past to point to Spain as the country that should have all of French Morocco and Oran. Territories that in that first time of the meeting, the führer promises to Spain. Finally, the Canary Islands for the führer, are also located at a strategic point for underwater warfare.

After Hitler’s presentation, Franco takes the floor and answers the questions raised one by one. Franco acknowledges that Gibraltar is a “piece of Spanish land”, however, for the first time – and that it will repeat until full, as we will see – the recent Spanish Civil War, for the Spanish people to enter World War II would be a “sacrifice”, since “the wounds of every order that has suffered” are not closed.

In addition, the compensation for entering the conflagration would be very small, however much Gibraltar returned to Spanish rule, in exchange for going to war against England. On the other hand, Franco tried to make Hitler see, repeatedly, that it would be more interesting to close the Suez Canal than Gibraltar, to cut off the passage through the Mediterranean. Perhaps the argument, elusive, was due to Franco’s attempt to “put earth” to the führer’s claims, but he wielded it several times at the meeting.

It is possible that, not having too many arguments with which to refute the führer, Franco introduced a new idea that began to clarify his position: “To offer things it is necessary to have them in hand, and so far, the Axis does not have them” .

With regard to the Canary Islands, Franco acknowledged that he was not adequately protected: “the weapons there are insufficient”. At this point, Franco replies that he does not think they can be targeted by the allies. That’s when Hitler puts on the table the offer that he would repeat throughout the meeting to counteract the elusive attitude of Francisco Franco, that Spain would have more than enough weapons and military trained to protect them…

The Tension between Hitler and Franco begins

As we have seen so far, the conversation between the two leaders was developing by using points of view where disagreement prevailed. Franco tried to justify his refusal to enter the war with arguments that, being credible, could really convince Hitler.

Given that the meeting lasted for nine hours and, despite the need for the service of two translators, we can deduce what happened after these first interventions, considering that new arguments were hardly used.

Before a break occurred, Hitler would insist on making Franco see the “great opportunity” that would entail for Spain to enter the war. And he tried in every possible way, arguing that “victory was near”; that “Spain was not going to have another equal or better opportunity” …

After a break, after almost four hours of meeting, at the edge of ten at night, Hitler introduces a new element unpublished until then. The führer comments on the need he has to know what Spain’s position is going to be (as if he did not already intuit it): if he will enter the war or not.

The reason is that the next day he meets with Marshal Pétain and Mr. Laval in Montoire, and he needed to know the attitude of Spain “to act accordingly with respect to France”, widely occupied.

Franco replies that he does not believe that anything has to do with the attitude of Spain “in the talks of a power that has just made offers, as one of two, or these offers are nothing more than the bait for a possible entry of Spain into the war or it is not intended to be fulfilled if Germany’s attitude towards the government of defeated France is not excessively harsh”.

Franco’s response does not like the führer at all, and as the translator writes, the baron de las Torres, perhaps because it was a great truth. It is this tirade continues the conversation, already with more tension.

Hitler asking Franco to clarify whether or not he enters the war and Franco saying he finds no reason in the need to give a conditioned response to the conversation with Pétain. Moreover, it offers the previous arguments again: “Spain comes out of a bloody war that has caused a million deaths in all concepts”; that his state is calamitous due to the lack of food and weapons … ”

Within the tense routine that has been established in the conversation Franco introduces a risky thesis. He says that, in reality, Spain is already helping the Third Reich with its declared neutral position, since that means that the Pyrenees front does not have allied troops. This argument is very contrary to Hitler since “it is not enough or what Germany needs”. And, again, the manidos and repeated arguments return to fly over the tense atmosphere that is already seated in the car-salon.

Seeing that both positions not only remain remote but seem irreconcilable, the führer launches an ordeal, proposing -in agreement with Minister Robbentrop-, nothing less than a commitment by Spain to sign the war along the Axis when Germany considers it appropriate, noting that such a thing would happen later in time.

Franco, faced with this proposal, once again argued that the war would not bring benefits to Spain and that, in addition, the nation was not in a position to face a conflict of such magnitude.

Hitler loses his patience at that point, when the clock shows twelve o’clock at night, as the Baron de las Torres transcribes: “showing his arrogance or his bad education, he gets up from the table and, completely military and sour, says goodbye to those present. ”Shortly before, the führer has addressed Robbentrop saying: “I have enough; As there is nothing to do, we will understand each other in Montaire“…

The Baron of the Towers concludes his exhaustive transcription by saying: “the attitude of the leader has not been more virile or more patriotic or more realistic, since he has stood firm before the claims of the führer and has overlooked, with the greatest dignity, the bad ways, not seeing his wishes satisfied, of the führer-chancellor

The anecdote of the molars

This phrase that has been attributed to Hitler in the meeting he held with Franco in Hendaye comes from the transcript that Count Ciano carried out from the meeting between the Führer and Benito Mussolini, on October 28, five days later.

From this conversation the opinion that Hitler had of Spain is also known, which he considered “immersed in a great disorder”.

And he also knew what he thought of Franco, who said he was “a brave heart, but that he is a man who only by carom has become boss. It doesn’t have the size of a politician or an organizer. ”

In the extensive memoirs that Churchill wrote there are also references to the controversial talk between Franco and Hitler in Hendaye. Referring to the Führer’s words written to Mussolini, Hitler had prepared the invasion of Gibraltar, which needed the passage through Spain, on January 10, 1941, with specially trained troops. Hitler thought Franco made “the biggest mistake of his life.”

He also believed that he was receiving aid in the form of food from the allies, but that it would be over and that, when the time came, “they would throw themselves upon him.”

The final reproach would come after these words: “I am, therefore, very saddened by this decision of Franco, so little in accordance with the help that we and you, Duce, lend him when he was in difficulties.”

The month of December was the most convulsive month around these concrete events.

On the 9th Churchill meets the Duke of Alba. Britain is committed to maintaining regular trade with Spain. For the English the Spanish attitude was fundamental. Commercially, iron from British munitions was extracted from the Vizcaya mines.

In addition, it was essential that Spanish ports were not a refueling site for Italian and German submarines.

As Churchill would recognize, for two years, Britain maintained an expedition of five thousand men willing to invade the Canary Islands in case Gibraltar was invaded, either by the Germans themselves or by Spain. 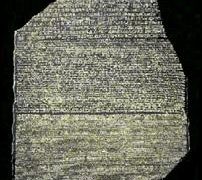