What you need to pass an exam if they ask you about the causes that motivated the so-called EUROPEAN IMPERIALISM.

In the 19th century, a different model of IMPERIALISM developed different from the previous COLONIALISM, the one that developed in the Europe of the so-called Modern Age. The Europeans wanted something more than to exploit the other countries commercially, from which they took slaves, precious metals, spices …

The first imperialist countries were France and the United Kingdom, to which the rest of the industrialized countries joined, of the ‘second wave’, the second Industrial Revolution, which took place from 1870 to 1914, before the First World War began. .

Europe, the United States and Japan, dominating the world, or trying

Both countries were already in the line of development, so to speak. At the industrial forefront. What they achieved was to extend that influence, political and territorial, in Africa, Asia and the Pacific Islands.

The 5 causes are as follows:
Economical
Policies
Ideological
Scientific
Religious

Free trade: From 1870 on, the ‘LIBRECAMBIO’ (economic system that is based on the free movement of goods between states and in which customs disappears in their transactions in international trade). This meant that the countries sold their industrial production to each other.

However, in 1873 there was one (of so many) economic crisis, which meant that countries adopted protectionist policies.

At the same time, new powers began to emerge, such as the United States, Japan or Germany. New countries that increase competition.

At the end of the 19th century, the imperialist powers wanted to control and dominate the transport routes. Strategically, it was essential for their profits to grow. The ‘hot spots’ in this regard were the Panama Canal and the Suez Canal.

Thus, the imperialist ambitions of the countries were justified. By increasing their power in other countries, they increased their own. All of this led to growing rivalry between nations.

In short, colonial expansion experienced its peak due to political and military factors.

One more factor in the state of affairs has to do with the exaltation of the values ​​that each of the imperialist countries believed they had. As if they were superior to others because of their culture, traditions and language.

Thus, for example, they exalted History. This is the case of Italy, which appealed to Ancient Rome as a symbol of greatness. Or France, remembered her past as the basis of the revolutionary principles of the French Revolution.

All this leads us to an exaltation of patriotism, where certain racist connotations were added, which materialized in the birth of political parties that had as a common point the superiority of the race (theirs), compared to the inferiority of the colonized countries. .

We recall here the theory of social Darwinism. Accepted by the intelligentsia of the time: journalists, politicians, philosophers, who made the message permeate in society.

In relation to the previous point, the ideological causes, it was thought that scientific advances should continue with the exploration of colonized countries. Let us remember that the African continent, a good part of Asia, is being ‘discovered’ …

In this way, the Geographical Societies emerged, groups that financed expeditions through those lands, rivers and seas to be discovered and exploited. It is also remarkable, on a cultural level, the birth of a literary genre such as travel literature. Everything was told, everything was narrated, giving rise to brilliant moments with works like those of Rudyard Kipling.

Last, but also important, we have religious causes. The powerful religions in Europe, the Catholic and the Protestant, began to carry out missions in the colonized countries. They were supposedly evangelizing missions (remember the idea of ​​the superiority of Europeans that we mentioned earlier).

At this point, a concept should be highlighted: ACCULTURATION, which comes to mean the imposition of the culture of Western nations on colonized countries. 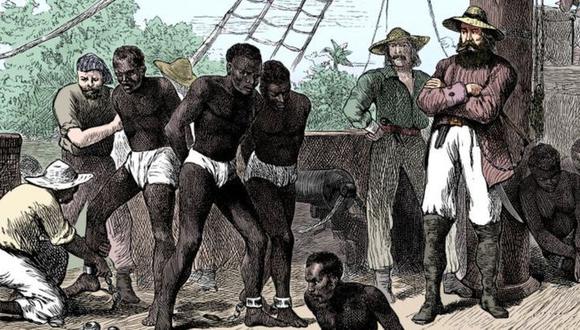