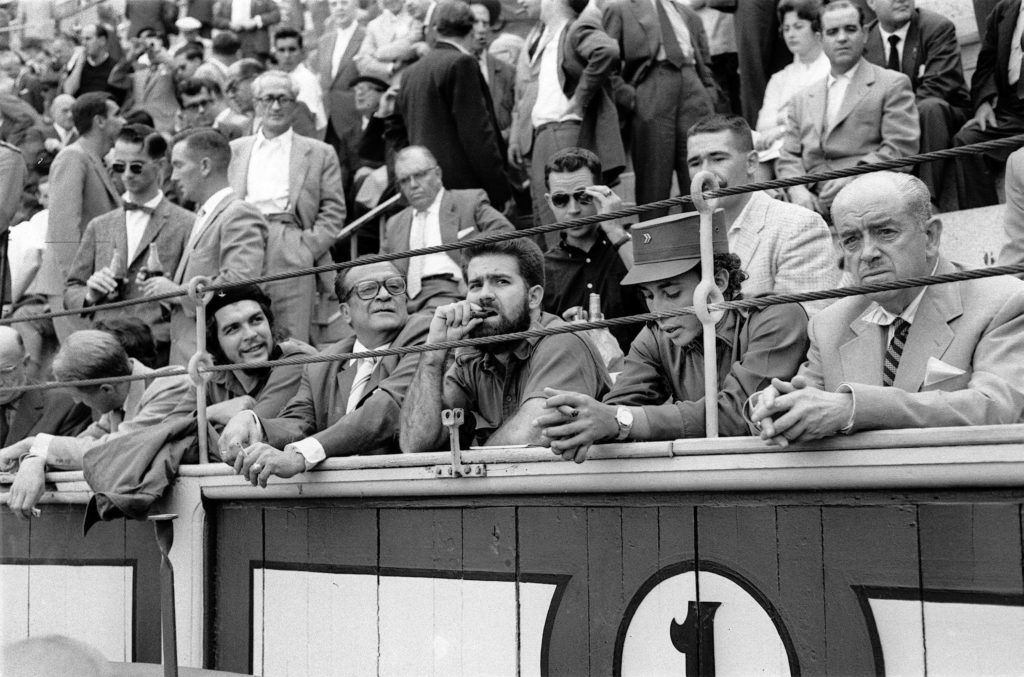 Che Guevara, a traveler on a motorcycle, probably without today’s mandatory motorcycle gloves (son obligatorios los guantes en moto) 😀 , traveled to Spain during the Franco regime, incognito, but with the knowledge of the secret services of Generalissimo Franco.

That’s how it went. It happened in 1959, during the Franco dictatorship.

Ernesto “Che” Guevara, on a trip that would take him to travel many countries (Japan, Pakistan, Indonesia, India, Egypt, Yugoslavia and Morocco), made a stop in Madrid, in the capital of Spain.

Few people knew that Che would disembark from a Cubana de Aviacion plane one afternoon on June 13, 1959.

Only the secret services of Franco, officials of the Cuban embassy and a Spanish photographer and journalist who accompanied him on the tour and interviewed him, portrayed and observed him.

However, at the time, neither a word nor an image was published in Spain of the matter, although in other countries.
That journey through several continents was initiated by Che with a main objective in sight.

Half a year has passed since Fidel Castro’s guerrillas defeated Batista, Che sought information and training in the organization of other countries, to apply what he considered best in Cuba.

The trip had a certain point of mystery since it could hardly be an official trip between two countries that, although they had ties in common, were governed by diametrically opposed political regimes.

El Ché in Spain was interested in knowing, above all, life in the outskirts of the city, according to the journalist of “The Pueblo” newspaper, Antonio D. Olano.

Apparently, Che believed that the peripheral neighborhoods of the capital of Spain were in a state of greater misery, but he was surprised that although they lived humbly in neighborhoods like Carabanchel, he did not find the poverty he expected.

During his stay of just sixteen hours he visited the University City, from which he carefully observed the sports facilities.

He also visited the bullring of Vistalegre, empty at that time; and some department stores, already missing, called ‘Galerías Preciados’.

El Che, in his short stay, bought a portable typewriter and several books on the history of Spain.

On this first occasion, Che stayed at the Hotel Plaza, a luxury hotel frequented by famous movie stars, from which he went unnoticed.

In the month of September, when he concluded his planned trip to all those countries that we mentioned at the beginning, Che returned to Spain. Again, he made a stop in Madrid.

But on this occasion, he even got to give a small press conference and go to a bullfight, as you saw in the image.

The (other) Trips of Ché Guevara to Madrid

It was the year 1966, when Che Guevara returned to Spain.

Again he landed at the Barajas airport in Madrid, but this time with a false passport in which you could read the name of Ramón Benitez, a merchant born in Montevideo.

Passport that can be seen in the image above and whose photo, duly characterized to go unnoticed, betrays his unmistakable face. Why did he travel this time? It is a question of which we know no answer. Do you know If so, tell us, please.

Read the original versión in spanish: