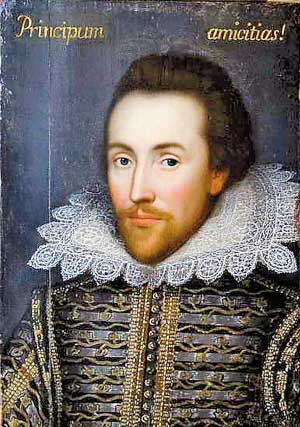 It could be the most real and trustworthy face that we have left of the playwright William Shakespeare. A new curiosity about Shakespeare, after, recently, the portrait of the one who was his patron was found.

Apparently, a British family that goes by the surname Kob kept a portrait that was painted 400 years ago. After several analyzes, a group of experts suspect that it could well be the literary genius William Shakespeare.

The Foundation that protects the heritage of Shakespeare released the news on March 9, 2009. According to it is believed, the portrait that can be seen above, was made in the year 1610, that is, about six years before the playwright died.

According to investigations, the first owner of the painting was the third generation of the Earl of Hampton, who was then a sponsor or patron of Shakespeare.

Who gave credence to Shakespeare’s portrait?

In reality, since the painting was in their possession, no one until today has been able to identify the character in the portrait. According to the British newspaper “The Daily Telegraph“, quoting the words of Alec Kob, an expert in the restoration of works of art, he always attributed the enigmatic face to Sir Walter Raleigh*.

That Stanley Wells, considered one of the most authoritative voices in the study of Shakespeare in the world, has confirmed that it is a painted portrait of Shakespeare, has given further credibility to this story.

Wells is the one who has ventured to date the painting, placing it chronologically when William Shakespeare was forty-six years old.

* English gentleman and poet of the time who is said to have invented the custom of throwing the cape on the mud so that the ladies could walk without staining their shoes.