Today we think of the dictators of today’s countries as “he who arrogates or receives all political powers , and supported by force, exercises them without legal limitation “. At least that is what the dictionary of the Royal Spanish Academy says. But, as the same dictionary also says, ” among the ancient Romans, “the dictator was a supreme and temporary magistrate, appointed in times of danger for the Republic.”

Therefore,  the word “dictator” in history had a very different meaning than how we understand it today.

So, and how could it be otherwise, there was a first dictator, a position as such created for the first time by the Roman Senate in 510 BC. And that first dictator was Tito Larcio.

Its mission, as the dictionary describes, was based on attending to emergency matters, mainly that there were no rebellions.

During this time, the Republic of Rome was governed by two consuls, and the Senate decided that in some cases it was necessary for a single person to make certain decisions. For this reason, on occasions, one of these consuls became a dictator.

With regard to Tito Larcio, as dictator , he composed a census of citizens, he was in charge of solving the problems that arose between Romans and Latins. It is striking that, before his term expired, he resigned. So, the concept of dictator, seen in this way, has hardly anything to do with what we understand today. But, let’s see, because everything has a reason.

What were the powers of the dictator?

The dictators enjoyed many privileges. First, they had authority over all other politicians, could not be held legally responsible for their actions, and could not hold office for more than six months.

They had the power to change Roman law. On the contrary, they could not use any public money other than what the Senate granted them and, while their office lasted, they could not leave Italy. It was common for dictators not to complete those six months in office, as did the first: Tito Larcio.

In fact, Tito Larcio, who had been consul, was chosen dictator to put down a rebellion organized by several cities that wanted to restore the most recent Roman king: Tarquinio the Proud.

Dictators were appointed to office only when strictly necessary.

Lucio Cornelio Sila Félix, was appointed dictator without term limit and without the restrictions of previous dictators between 81 and 80 BC.

He governed during those two years and went down in history for executing a good number of political opponents and for confiscating their properties. His successor was Julius Caesar , who was appointed dictator for life  until he was assassinated, at which point the figure of dictator was abolished due to the corruption that it had brought about.

Napoleon Bonaparte is considered by some historians to be the first dictator in modern history . Napoleon was already a general during the French Revolution , a period of great social and political upheaval in the country.

As of 1789, France ceased to be a monarchy and became a republic, until Napoleon proclaimed himself Emperor. Amid summary executions, coups, and notable confusion, Napoleon became consul under a new provisional government. Emperor, dictator… it didn’t matter what name he received: after all, he claimed all political powers, and supported by force, he exercised them without limitation, so it seems that he fits the definition of dictator. 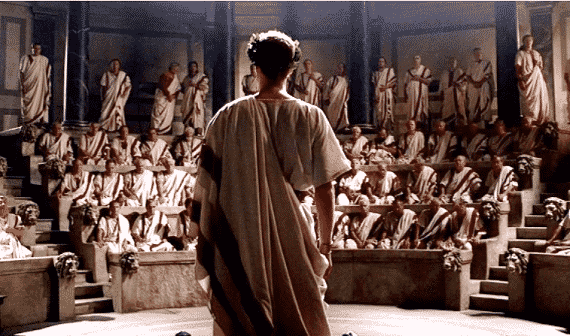 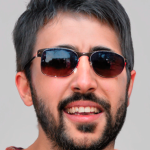 Writer. I don't really like social networks, but I can promise and I promise that, shortly, I will be on Twitter. For now, you can write to me here: mateo@actuallynotes.com I answer all messages. Thanks.

History , Movies
Posted on 16 October, 2022
Contents1 “Emancipation” Trailer2 The Peter Gordon Story3 John and Bridget Lyons, slavers by Peter Gordon4 This image of Peter’s lacerated back became one of...

History
Posted on 18 February, 202023 November, 2020
Contents1 The best testimony of the encounter between Hitler and Franco2 The first conditions for the entry of Spain into World War II3 The...
Go to mobile version