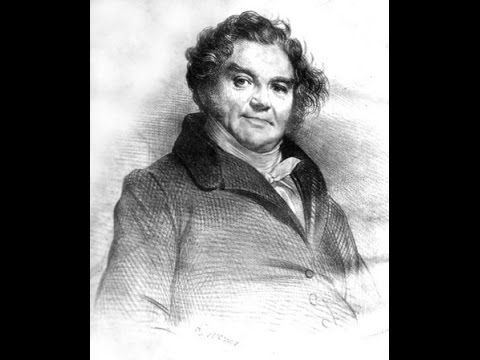 Jean Valjean, the tormented protagonist of “The Miserable” by Victor Hugo, is one of the best-known characters in universal literature.

He has been the protagonist of numerous adaptations over the years, the best known being those starring Gerard Depardieu and, more recently, Hugh Jackman (in a portentous performance that has earned him an Oscar nomination).

His adaptations for film, theater and television have made the characters of “Les Miserables” and, especially, his protagonist, well known even by those who have not read the immortal work of Victor Hugo.

But the characters of Jean Valjean and also of his antithesis, Javert are based on a historical figure whose biography would well deserve his own saga: Eugène Français Vidocq, a prisoner of France in the first half of the nineteenth century who became the First detective in history.

Vidocq was born in 1775, being the third of the seven children of a baker in Arras.

From his earliest youth, he stood out for his ability with the sword and for his innate talent to steal, cheat and escape without problems from any situation.

At fourteen he ran away from home after stealing the collection of his parents and wandered from work to work before returning to his paternal home, being the most pilgrim of them in the circus, where, among other trades, he played the role of Cannibal who ate raw meat.

At sixteen he enters the army, and his skills immediately make him famous in the profession, although he continues to create problems in the form of disputes and participating in duels, becoming imprisoned on one occasion, although he managed to escape with a partner before coming to be two weeks.

However, in 1792 I attacked an officer, which was punishable by the death penalty and, before being arrested, he became a deserter and re-enlisted under a false identity, although he was discovered shortly after and forced to leave the army.

He returns to his hometown, where a great reputation is built as an inveterate womanizer, with adventures and fights that often end in duels and the death of his opponents.

However, the liar was also sometimes deceived: at age 19 he was forced to marry Anne Marie Louise Chevalier when she accused him of having made her pregnant, which was a lie.

They did not get along and she cheated on him with a multitude of men, so he abandoned her and subsequently divorced her, although he would continue to find her throughout his life on numerous occasions, most of them to ask for money or to threaten him with presenting him to the authorities if he didn’t give it to him.

Vidocq spent the following years of his life linked to the world of crime, assiduously starring robberies, robberies and fights of all kinds.

Their presences in prison were constant, but just as frequent were their leaks; it always lasted very little time behind bars or in forced labor to those who condemned him.

Thief, smuggler, forger, robber … the appellants were added as he became one of the most wanted criminals in all of France.

The event that changed Vidocq’s life

However, in 1809 Vidocq witnessed a fact that would change the course of his life, since he saw how César Herbeux, who had been one of his companions of misdeeds, was publicly executed for his crimes.

Vidocq began to think about the life he had led until then and was convinced that, if he continued like this, his destiny would end up being the same as Herbeux’s.

He tried to start a new life, becoming an honest person, but wherever he went, people ended up recognizing him, denouncing the authorities or refusing to have contact with him. Until, shortly after, he was arrested again for the umpteenth time and taken back to prison.

But that stay in jail would not be like the others. The authorities were offered to work for them as a spy, first among the prisoners of the same prison and, subsequently, in the low-income and among the criminals of the city who, knowing their fame, trusted their person.

He came to participate in various crimes to be able to stop criminals with his hands in the mass and when he began to suspect him, he came to assume several different identities to continue his work.

In 1811 he created the so-called “Brigade de la Sûrete” (Security Brigade), a society of agents that today we would call secrets whose mission was to infiltrate between the different criminals and gather information about them so that, when the time came, they could be Stop or abort your plans.

Seeing its enormous success, the following year it was established as an official police force and Vidocq was named its leader. This body was composed over the years by very varied people; many of its components were exconvicts, but also police, researchers, doctors and even beggars who knew the city and its inhabitants well.

Vidocq himself instructed his agents so that they could infiltrate the different groups of criminals, teaching them the art of disguise, what they should know depending on the group of criminals they wanted to infiltrate (for example, how to steal from the pockets of the people if that was the kind of people that had to infiltrate) and even taught them how they should talk and behave in certain environments. He himself continued to pursue criminals personally, despite the popularity he had achieved.

For these contributions and many more, Vidocq is considered the father of modern criminology, as he approached the investigation and resolution of crimes in a way that nobody had ever done before, reforming the police that existed in France in that moment and reducing both crime rates in Paris during the years he was in the French security forces that was considered one of the safest cities in the world.

Vidocq achieved great fame in his time, both for his performances and his resources to catch criminals and for his way of pursuing criminals relentlessly, in a way that reminds a lot of Javert’s character in “Les Miserables”.

The similarities between Valjean and Vidoc

It appears in the works of many writers of the time, including that of Charles Dickens or Alejandro Dumas. He was a personal friend of Honore de Balzac and Victor Hugo himself, who witnessed the way in which Vidocq saved a man by lifting the car that had him trapped in a similar way to what Jean Valjean does in the novel.

Like Jean Valjean, Vidocq spent a lot of time fleeing and fearing to be discovered and denounced, while also suffering a moral crisis and decides to change the course of his life until he becomes a respected member of society, as Valjean will also achieve it in various occasions, until the discovery of his true past makes him flee.

Persecutor and persecuted, man of law and tormented, Jean Valjean and Javert, both in “Les Miserables” are Vidocq.

Read the original publication in Spanish. The first detective of history